Okay, so spring didn’t really actually happen in my interpretation of this year, and all of the sudden months had passed by before we realized we were trying to actually go on creative dates. See 15 Chinook Book Dates Under $50 for the original plan.

Ben made sure we actually went on a date this month, and it was fantastic. We ate dinner at Spoonriver downtown and then crossed the street to see Guess Who’s Coming to Dinner? at the Guthrie.

We got $10 off at Spoonriver and got a lovely spot on the patio in the sun. It is a bit of a bougie place in terms of what they serve. To my surprise, Ben ordered the spoon burger, which has Minnesota farmed lamb, moroccan spices, house herb ketchup, lettuce, tomato, a whole wheat bun, and corn chips. So, yeah, a tad fancier than our occasional family trips to Chick-fil-A. I chose the herbed Wisconsin chevre salad and grilled steak skewers, neither of which I regret, but I won’t lie about how I was hungry when we got home. For a date, it was pretty nice, and it was great to be able to cross the street for the play.

The Chinook deal for the Guthrie is buy one ticket, get one free on Tuesday and Wednesday performances. We paid $36 to be in the fourth row, stage right, with no one in front of us. So those were probably our best seats so far at the Guthrie.

If you don’t know anything about Guess Who’s Coming to Dinner, it’s an adaptation of the 1967 film by the same name starring Sidney Poitier and Katharine Hepburn.  The plot centers around a young, white woman (Joanna Drayton) and a young (although a decade older) black man (Dr. John Prentice) who fall in love. Both sets of parents are confronted with biases and complicated feelings as they try to process the interracial relationship their children have begun. I saw they Poitier film a long time ago, and don’t remember much about it except the basic plot line. Neither me or Ben has watched the 2005 spin-off Guess Who with Bernie Mac and Ashton Kutcher, although we have scrolled by it a few times on Netflix. 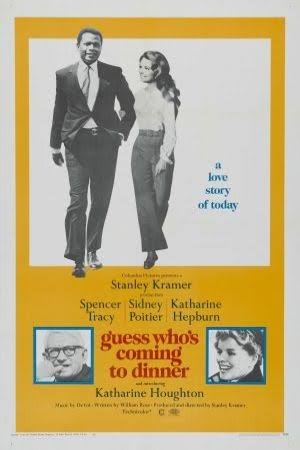 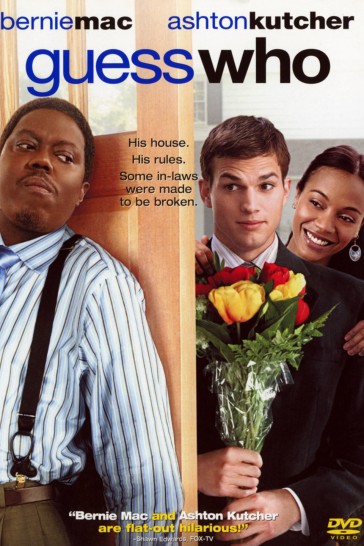 The play itself was good. I appreciated that in the 8 person cast, they included 4 women and 4 men, 4 black characters and 4 white characters. Actually, there is another white woman in the first act, so it isn’t exactly evenly represented, but her bigotry doesn’t exactly make her part glamorous.

I think because the original screenplay is over 50 years old, I wondered if the play would seem dated, but I thought they did a really good job of making it relevant to today’s society- and the mid century modern furniture was easy to relate to as well. Honestly, I have a hard time believing the film version was produced in 1967. I think way more people in my generation have parents or are themselves entering interracial relationships, but in some ways, 1967 feels both not long ago and forever ago. I am so curious how audiences back then received the film. When you scan the theatre on any given production at the Guthrie, it’s usually a sea of elderly, white patrons. I wish I could have talked with some of them about their responses.

The line from the play that is still ringing loudly in my head is when Dr. Prentice’s father tells him (both are black) something along the lines of, “When you marry her, you aren’t just marrying this man’s daughter. You are marrying every white man’s daughter in America.”

The play really speaks to the uneasy edges where liberals or social justice warriors or people who claim to be educated and forward thinking are actually challenged to bring the diversity into their own homes. The white family can no longer just appear racially-conscious or trendy; they have to decide if they will practice what they preach.

Ben’s favorite line is when Dr. Prentice tells his father that they need him at the table- because it symbolizes the need for multiple perspectives and more voices.

The play’s run ended this week, but it was a good one. If you got the chance to see it, what did you think? If you didn’t see the play, what do you think of the films? Overall, it was a good night out. And even better with $46 saved! Anyone want to double date with us next time?