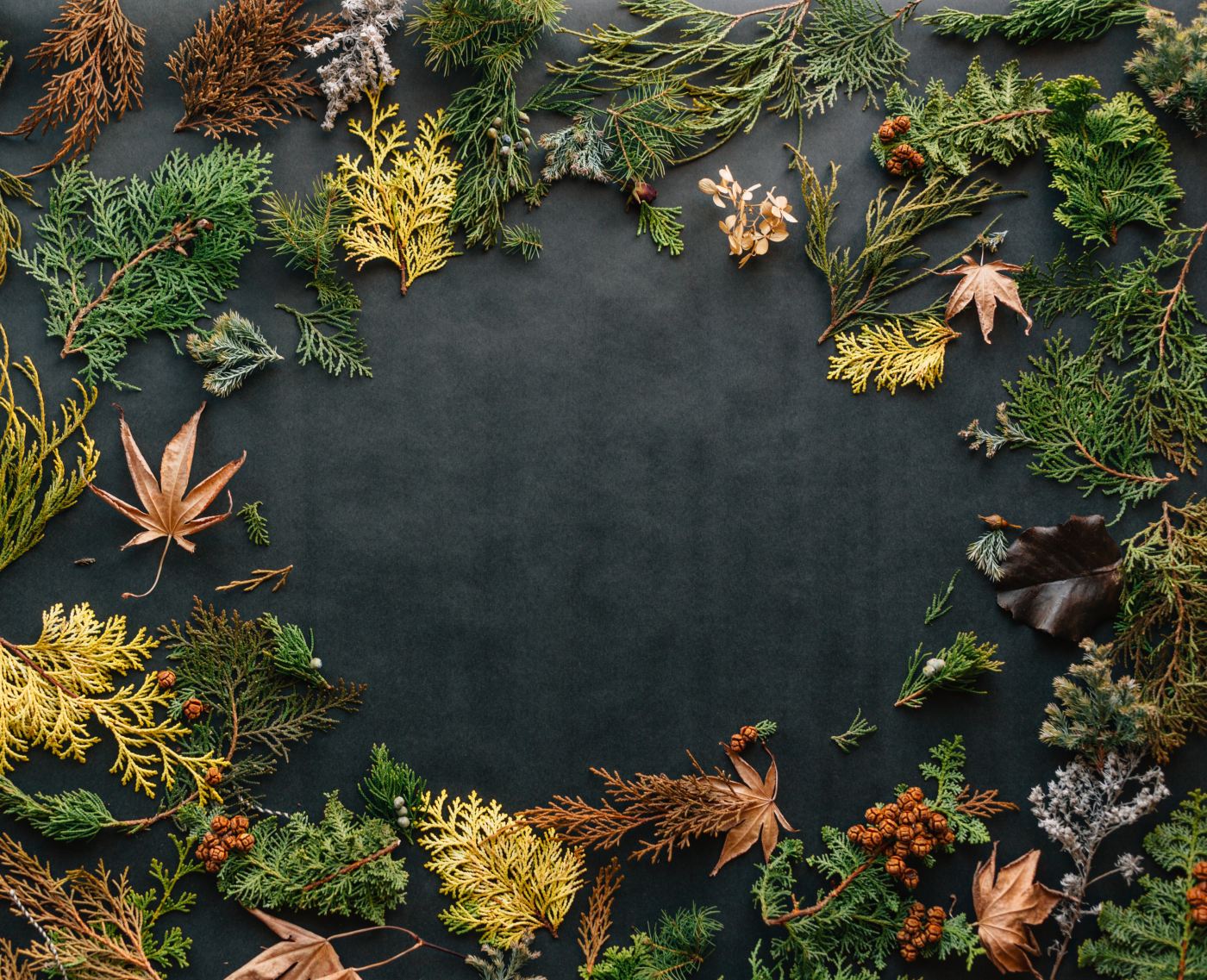 I was born in Sioux Falls, South Dakota, but my immediate family moved to Denver, Colorado when I was five years old. I remember many road trips in the family van through South Dakota, Nebraska, and eastern Colorado. My dad always tried to take “shortcuts” to make the trip quicker, and in doing this, often drove us through parts of rural South Dakota on reservations.

I distinctly remember my body feeling a bit nervous driving through a reservation, like I was in a place I wasn’t welcome, even though we never got out of the car. I believe I was taught to feel this way because of some of the comments that were made. I remember hearing that Indians were alcoholics, gamblers, and poor. I was told the U.S. government gave them all houses and they took the toilets out and sold them for money to take to the casino. I should also state that I was raised fundamentalist Christian, so casinos themselves are basically a place where Satan thrives on earth. It’s so ingrained in me, I still I haven’t been to one.

I think that when I heard these comments, from someone I loved, I was meant to feel pity for these “Indians” and also sort of that these views were justified and we had permission to judge their lifestyle because that’s “what they chose”.

Before these road trips even happened, I remember making little “Indian hats” with feathers glued to them and pilgrim hats with little buckles made of yellow construction paper to celebrate Thanksgiving as a kid. I was taught the story of Squanto teaching Pilgrims how to grow corn and how they all sat down to a feast together to celebrate the first Thanksgiving holiday. Fast forward to junior year of high school, and we actually did the same thing for a Leadership class party. There were probably 80-90 people in that class (20ish or so per grade, and we were elected to be in it). We jokingly decided whose personality more fit that of pilgrims and who seemed more like Indians and purchased rotisserie chickens for the class because we didn’t know how to make turkeys.

I remember learning about Sitting Bull in third grade during the same unit when we made our own class totem pole. I remember being fascinated by the Indian in the Cupboard book and movie for some reason and putting it on at a friend’s house. Her mom walked in and said, “Ugh, this is such a boring movie! Who picked this?”  As kids, we had the movie Pocahontas on VHS, and I remember an adult pausing the movie and  interrupting the story to sing the tune, “Sandwiches, sandwiches, everybody wants one” when in fact the lyrics say “Savages! savages! Barely even human!”

I remember attending a summer camp in third grade called Camp Id-Ra-Ha-Je, which stood for I’d Rather Have Jesus. In the middle of the week, the kids from my age group (called Mountain Village) had a water balloon fight with the kids in the 4th-6th grade age group called Teepee Camp, because they actually slept in teepees. They decorated their faces with paint and wore feathers in their hair, and the very white male who was leading that camp wore a headdress and called himself the chief. The “sheriff” leading my age group and the “chief” eventually came to a truce, calling the “battle” a tie. Fast forward 12 or so years later when I became a camp counselor at the age of 20 for a summer at this very same camp, and the same “ritual” happened every week, but this time I helped kids put feathers in their hair and paint on their faces.

This messaging has really impacted my view of native tribes and people from First Nations. I never questioned the negative messages I received until much later in life as a public school teacher. I remember reading Sherman Alexie’s semi-autobiographical coming of age story The Absolutely True Diary of a Part-Time Indian and hearing a native perspective on being native for the first time.

I struggle now with how to celebrate Thanksgiving. As a college student, I wrote articles for the school newspaper for extra money (a whole $15/article!) During my sophomore year, I took an assignment that seemed fun: interview 4-5 professors on their Thanksgiving traditions. I reached out to several and their responses all seemed relatively what you might expect for white, middle-class, Christian midwestern families. One white woman in the history department was so excited that I had asked her because she felt her family actually had a really special way of celebrating Thanksgiving. Neither she or her husband grew up in states with NFL teams, but they had both somehow started rooting for the Dallas Cowboys as kids. As adults, every Thanksgiving since they had been married, they bought plane tickets to Dallas, went to the game, and had a buffet at their hotel. I wrote the story thinking “Wow- I totally nailed this assignment. People are going to love this story!”

And then I talked to professor #5: one of the only black males in the school. He was my professor at the time for an education class called “Understanding Diversity”. I asked him what his Thanksgiving traditions were and he asked “What?” I repeated myself, not realizing yet that he fully understood what I was asking. “Can you give me an example?” he asked. I told him the story of one of his colleagues traveling to Dallas to watch the Cowboys play and eat at the hotel buffet every year. “Someone from our history department celebrates Thanksgiving like that?” he clarified. I started to feel like I was missing something. This is such an easy question, I thought. This interview is not that hard. Why was he making it so hard? Turns out, he woke me up to a very new concept: native Americans don’t really celebrate Thanksgiving. It’s a day of mourning for many tribes which he honors in solidarity with them. He told me he and his family do not have any traditions for a holiday that ultimately celebrates the murders of indigenous people and their cultures. I was shocked. But I interviewed a different professor instead and submitted the piece for publication. I was $15 richer.

As an adult, I’m aware of some of the implicit biases I formed against native people. My almost five-year-old daughter, who looks just like me with blonde hair and blue eyes and very white skin, watched Pocahontas. As I watched with her, I couldn’t believe some of the messaging that was so overtly racist that I never noticed as a kid. Rather, I probably did “notice” but didn’t know that it was inappropriate and inhumane so I didn’t think anything of it.

As we watched, I paused to point things out like: how the people with white skin decided they wanted the land that Pocahontas and her people live in already. Their decision to take the land even though it didn’t belong to them is called colonization, John Smith looks like a nice person, but he is a colonizer, the colonizers brought weapons like guns to hurt Pocahontas and her people, etc.

I haven’t taught very many native students in class, but I don’t think I have fully sat with the trauma that has been done to them and their families by colonization and the “discovery” of the U.S. There were already communities living here. There is one student in particular, a native boy, who didn’t look “native” to me. He looked like a “normal” kid, aka a white kid with a pretty unique (native) name. I’m ashamed to admit that I think I judged his level of poverty and thought of his parents as poor on purpose, which makes sense considering what I was socialized to believe about reservations and the lack of humanity in native people.

Reflecting on these negative stereotypes is important because it gives me permission to explore deep culture and actually follow the roots of what I think down to their core beliefs. Once I have done that, it’s okay to change my thinking and question the belief altogether.

What negative stereotypes about Native Americans have you encountered?

Please check out these resources that give more factual information and strategies to rethink Thanksgiving:

Deconstructing the Myths of “The First Thanksgiving”

A Racial Justice Guide to Thanksgiving

Video- MTV: Everything you know about Thanksgiving is wrong